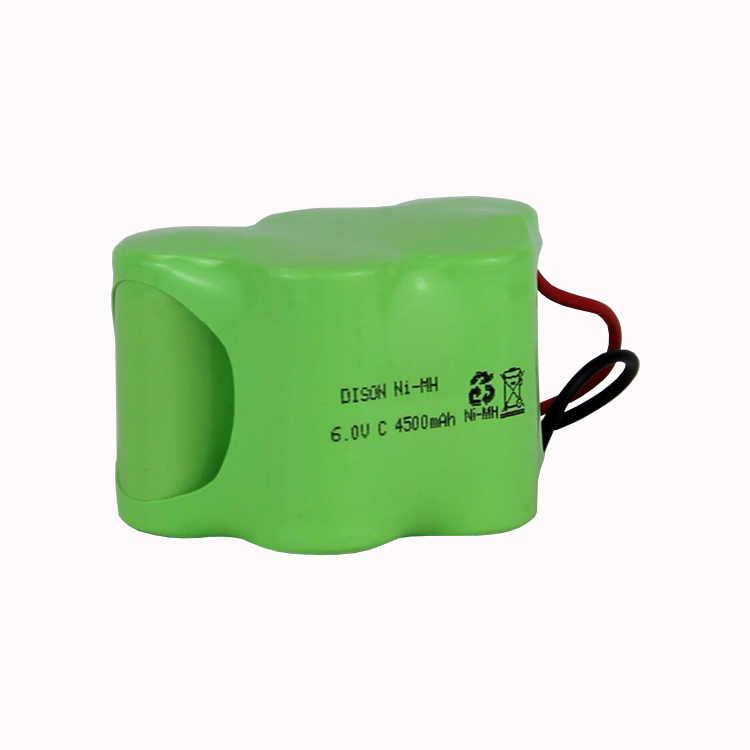 Resistant to overcharge and over discharge,

Safe to use, especially under conditions of abuse;

We can produce different capacities according to customers requirements.

Nickel-hydrogen battery (NiMH) is an improvement from nickel-cadmium battery (NiCd battery), which replaces cadmium (Cd) with a metal that can absorb hydrogen. It offers higher capacity than nickel-cadmium batteries at the same price, less obvious memory effect, and lower environmental pollution (does not contain toxic cadmium). Its recycling efficiency is better than that of lithium-ion batteries, and it is known as the most environmentally friendly battery. But when compared with lithium-ion batteries, there is a certain memory effect. The old Ni-MH battery has a higher self-discharge response, and the new Ni-MH battery has a fairly low self-discharge (same as alkaline) [3], and can work at low temperatures (-20°C) [4 ]. Ni-MH batteries have a larger output current than carbon-zinc or alkaline batteries, and are relatively more suitable for high-power consumption products. Some special models even have greater output current than ordinary nickel-cadmium batteries.

Ni-MH batteries have a relatively high capacity (in terms of volume). Take AA batteries as an example. The marked capacity of Ni-MH batteries can reach 2900 mAh (milliampere-hour, which is generally called mAh in China as "milliampere hour"), while alkaline batteries have only ~2100mAh (but the initial discharge voltage of alkaline batteries is generally higher than that of nickel-hydrogen batteries), of course it is also much higher than the 1100mAh of nickel-cadmium batteries, but it is still not as good as lithium-ion batteries

Alkaline batteries may leak slightly corrosive and harmful liquids (hazardous to the human body or damage the device using the battery) after a long period of non-use, while lithium batteries may burn or explode when used improperly. Relatively speaking, nickel-metal hydride batteries are relatively safe batteries.