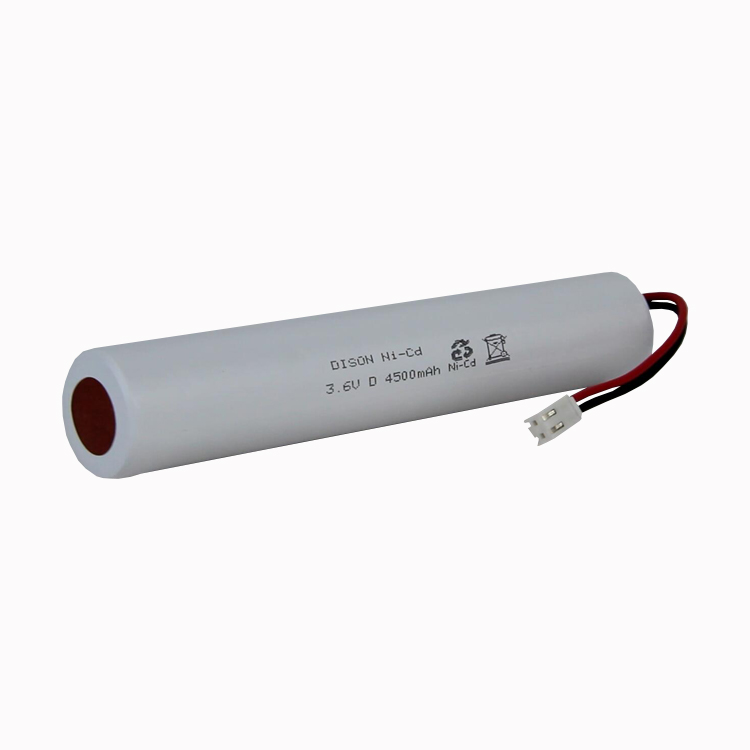 Nickel-cadmium battery is a DC-powered battery. The nickel-cadmium battery can be charged and discharged more than 500 times, which is economical and durable. Its internal resistance is small, not only is low internal resistance, it can be charged quickly, but also can provide large current to the load, and the voltage change is small during discharge, which is a very ideal DC power supply battery.

We can produce different capacities according to customers requirements.

The battery memory effect means that the battery seems to memorize the user's daily charging and discharging range and pattern. It is difficult to change this pattern over time, and it cannot be charged or discharged significantly. Lithium-ion batteries do not have this effect.

In practical applications, the method of eliminating the memory effect has strict specifications and an operating procedure. Improper operation will be counterproductive.

Recommendation 1: It is not necessary to discharge the battery before each charge, and it is harmful, because the service life of the battery is needlessly shortened.

Recommendation 2: It is not advisable to use a resistor to connect the positive and negative poles of the battery to discharge. The current cannot be controlled, and it is easy to overdischarge to 0V, and even cause the polarity of the battery in the series battery pack to reverse.